Triangulation - The Destruction Of Communities

Triangulation1 - an unhealthy tactic that can generate toxicity and additional negativity in relationships. 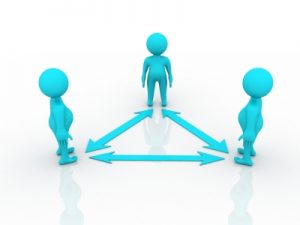 No matter the Community, be it a Church or a Baseball Team. To remain a cohesive functioning unit. Groups of people really should adopt a community guideline of avoiding all forms of triangulation. It is my opinion that triangulation is what underdeveloped individuals use to get what they want done through another person. It can also be seen as a manipulation tactic. Something many an individual should have learned and outgrown in their formulative teenage years. It may or may not be abusive. But within the walls of the Church, it can turn the community into a very toxic environment.

I find it interesting when someone opens with a line similar to this "I don't mean to gossip, but Billy has been..." it is no different than someone saying "I'm not racist, but..." then they proceed to say very racist things. Self-discipline in the art of communication is a powerful tool for healing and repairing the world. Speaking about someone who isn’t present, when you yourself would not say the same thing to that individual to their face, is both a form of gossip and indeed is blatant triangulation2. 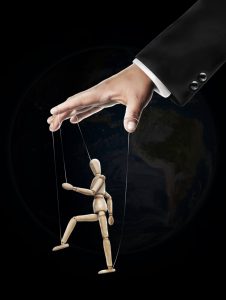 I have seen entire Churches fall into factions with each faction becoming disingenuously involved in Church politics due to their individual agendas. The act of triangulation is very much like a puppet master standing on a platform pulling the strings of other men and women of God. With the desired outcome to be whatever the agenda the perpetrator has decided is right and supposedly best for the Church. Quite often, many of the problems could have been avoided had they just gone to the individual they are troubled with.
I have a deep conviction that most of the problems within a Church, which is after all God's house, could have been avoided had the individual decided to pray about a situation, rather than go in hot and heavy.
I truly believe that a Church community connected to Divine Love through a daily practice of Prayer and Meditation, is a Church that is strong and stays together. Forgiveness is a powerful Medicine, something that should be contemplated upon daily.
If you have performed triangulation to do your bidding, that is something known as Flying Monkeys3. Flying Monkeys is a description from the story of the Wizard of Oz: The Wicked Witch does her bidding vicariously through the Flying Monkeys, when she could have performed the deed herself but chose not to and remained in her fortress of solitude. When you are unwilling to speak directly to a person, but instead use another to spread speculations about others. You have manipulated the situation to your benefit. Communities thrive when they observe the open book policy. Being transparent is a powerful benefit to any community. It is best when there are no hidden agendas behind veiled curtains or from ivory towers. Quite often, the person influencing another to be their flying monkey will readily play the victim in the situation that they are speculating on.
There are many who consider the Bible to be a book that isn't worth reading or studying. I myself have found that it has a wealth of information that truly gives me peace; I use it as a moral compass. There are many things in the Bible that should be taken strictly as a metaphor, but there are also deep golden nuggets of truth. These sacred texts are very profitable for personal growth, comprehension of the world around us, and for rising above a caveman type spirituality.
In second Corinthians4 Chapter two verse twenty. The texts speak about the Apostle Paul's fear that the Corinthian Church was suffering in aspects of discord, jealousy, fits of rage, selfish ambition, slander, gossip, arrogance, and disorder. These are all traits directly and indirectly related to triangulation. Often when someone who feels slighted or that they have become offended they resort to the tactics of triangulation to further gossip, or possibly slander. The result is fueled by narcissism and / or selfish ambition. The consideration really has nothing to do with what is good for the community. It is what the individual wants, their ego becomes puffed up and they decide that they know what is best for everyone else. This often happens regardless of what the bigger picture contains. Before operating in the arena of triangulation, consider whether what you are about to do is profitable for your community, or if it would be better to go to the person directly. Is your motivation influenced by jealousy, are you being judgmental and unforgiving? Before engaging in the method of triangulation, I encourage you to be an assertive Christian and reach out to the individual directly. You may find that they are accepting, approachable and open to you.
Yes, some people who you need to speak with will have poor communication skills and become defensive and you may feel that you have not come to an understanding. When this happens don’t use triangulation but do as written in the book of Matthew5 Chapter Eighteen Verses Fifteen through Nineteen, go to your Brother or Sister in private. Try to resolve your differences. If that person will not hear you. Then you can bring in one or two witnesses and approach the individual again. Should that person reject what you have to say as a group, there is little you could have done to begin with. It is unfortunate, but these people who refuse to listen should be removed from positions of leadership. If their actions are harming the Church community, it should be put on record, and the Church body should decide at that time what to do with the individual. Triangulation is manipulative behavior and it is better for all men and women of God to step aside from their ego and let the Church decide on what action to take.
A true leader is willing to be quick to listen to others, with open arms. It does not mean that the person in leadership needs to do everything that is suggested to them. But every leader should be willing to listen to all with the ability of hearing them. In the book of James6, the author implores the reader to be quick to listen, and slow to speak, to avoid getting angry in discussions. The leader and the laymen that practice this will find a true temperance and ability to negotiate the needs of the collective Church Body rather than individual agendas. 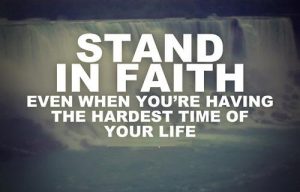 The Book of Timothy7 speaks about avoiding problems in the Church; all should embrace temperance, avoiding gossip and slander. Through proper research, study, and prayer one can overcome and even avoid manipulative self-centered thinking. We should all embrace becoming self-controlled and pure of heart. In Galatians the reader is implored to shun his or her acts of the flesh. But the Saints of God should always endeavor to bear good fruit. The Fruits of the Spirit. The greatest of the Fruits of the Spirit is love. Love is tempered through Joy, peace, patience, kindness, goodness, faithfulness, gentleness and self-control. The psalmist in Psalm One declares that the individual who avoids the pitfalls of the flesh, and the counsel of wicked people, those individuals who want it done their way, regardless of how others are feeling. That individual who avoids those things becomes like a strong tree that is planted next to the waters of the river of life. Not only does the individual become prosperous in their spirit but by avoiding triangulation efforts, their community and the Church also prospers. I encourage you to consider the act of triangulation and gossip and avoid this with every fiber of your being. Go to the person you wish to speak with, rather than going through someone else, it may well be a painful path, but the rewards are waiting. If someone comes to you with triangulation efforts, encourage them to go to the individual they have a problem with directly. Rather than becoming the messenger for the individual.
I do believe that the number one reason that many Churches have empty pews has very little to do with people not being hungry for the things of God, but more to do with how a lot of people have been treated. I know many a spiritual individual who refuses to step into a Church anymore, because of the triangulating narcissistic toxic relationships that some have experienced in the Church Community. Triangulation hampers good communication and limits the Church community’s growth and discourages peaceful relations with one another. By restraining the self from triangulation efforts, a community can recover from toxic relationships and many forms of emotional abuse.
One should always avoid Triangulation efforts, go directly to the person you have an issue with, the two of you just might gain insight and respect for one another and obtain a blessed friendship if done with love. If the outcome doesn't turn into something positive, at least in the end, you can hold your head up high, knowing that you did things according to the foundations set within the guidelines of the sacred texts. When triangulation rears its ugly head within the Church, it removes the Holy Spirits ability to move freely among the Saints of God.
You will find that this method of living is applicable beyond the Church Community. If you apply these principles to how you interact with everyone you encounter in the world, the world will be a much better place. Because you no longer are looking to achieve only your own agenda but seeking a cohesive ability to be an assertive individual who expresses their needs directly to other human beings, the world will become a more positive place. When you come to another with a problem, issue or concern that you are having, you have done the right thing, it only becomes manipulative when you demand a course of action and are inflexible to the outcome, or you engage them through methods of triangulation. I encourage you to be a part of that which desires to repair the world by talking to people directly and being open and honest. You may be very surprised by what you discover.
In all you do, I hope that your life is blessed with this wisdom. Be Well. 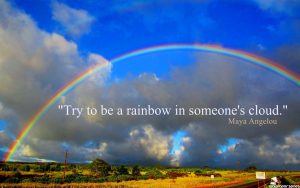 4. The Book of Second Corinthians In The Christian Bible.

5. The Book of Matthew In the Christian Bible.

6. The Book of James In The Christian Bible.

7. The Book Of Timothy In The Christian Bible.

Was a work in progress, and research fall of 2019 - Spring 2020
This will become a chapter in a book that will eventually be published.

Modified with additional content on April 9, 2020 by AJ White-Wolf