“Owe no one anything, except to love one another; for the one who loves another has fulfilled the law.” 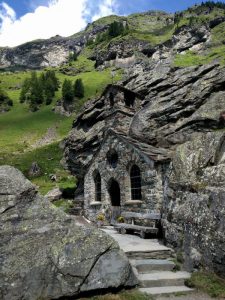 When we read and study the Sacred Texts. They can be very profitable for learning and understanding and coming to reasonable conclusions. They can also be misused and become a double-edged sword designed to shun and shame people out of God’s Church. Paul writes about the importance of rightly dividing the word. So it is important when digesting the words and language from two thousand years ago and beyond. That we discover the context that the documents are attempting to reveal to us.

The Book of Romans is a tremendously misunderstood book. Many believers will use its texts to condemn certain groups or practices that they consider to be ungodly. Discovering where the writer was at and to whom the writer was speaking to is just as important as reading the written words themselves.

In Rome around the year AD 49, The Emperor Claudius had expelled the Jews from Rome because the Jews were constantly rioting at the instigation of the Christians. Both the believers of the Jewish Faith and the Jewish Christians had been expelled from Rome. Leaving only the Gentile Christians still practicing their Church Beliefs. It was during this time the Gentiles were having Church in people’s Homes. There were no magnificent buildings or steeples or even a Vatican at this time. This was prior to all the canonizations that would take place over the next several hundred years.

After the death of Claudius, Nero would take over Rome and it appears that he had lifted the restrictions on the Jewish people. So both the Jewish Faith believers and the Jewish Christians migrated back to the city that was Rome. Paul had not established the Roman Church. Some scholars believe that Peter was the one who had spread the love of Christ and established the first Church Homes of Rome.

The problem with the Jewish Christians coming back to Rome was that they believed themselves to be more holy than the Gentile Christian convert. For the Gentiles were grafted into the vine. But the Jews were the original stalk and placed tremendous importance on being highly favored with God.

Paul decides he needs to get involved and write a letter. If he was the author. For none can prove it or disprove that the penmanship is authentic. It very well could have been one of Paul’s closest influenced students who had written as if they were Paul. We just do not know. But let’s assume for the sake of this reflection that it was the Apostle that wrote to the Church of Rome. If it was a letter from Paul, it would most likely have been the last one that he had written.

There were huge divisions among those in the Church of Rome. Paul was basically writing them to tell them to knock it off and get along with each other. He writes a great deal about the fulfillment of the law being an expression of love. That if we wish to honor God, we need to step away from judging each others walk with God. To embrace an understanding that we all serve God. He makes some very bold distinctions in the process. That those who practice aspects of the Law of Moses. Were only working the Law according to the flesh. That true circumcision was of the heart. Not the body. That men and women of God absolutely must embrace Jesus Christ through the act of Faith in him. That there is no working of salvation beyond that. It was God who paid the ultimate price, through his son on the cross during the crucifixion.

He stresses the importance of not judging each other. For in that judgment is a stumbling block for each one of them. He tells both the Jewish and the Gentile Christians that it is by Grace that all of them are saved. That they absolutely must love each other and greet one another with a Holy Kiss.

He demands that all in the church be separate from the methods and ways of the ancient world. There ware some aspects of Romans that gets confused and becomes hate doctrines toward LGBT. But the root language of Romans is actually speaking against those individuals who were partaking of the pagan rites and committing adultery with the temple fertility slaves. There were both men and women that were such slaves. It was a common practice of the day to use them both. Paul was saying that this should not be done. That the body is sacred and Holy in Christ. That to partake of these pagan rituals was blasphemy against the call to holiness. To live a life of double standards such as this was being called out by Paul.

He stressed the importance of a Church that welcomed the Children of God, Regardless if Jew or Gentile by birth. To love one another. To do as Jesus had said to Love your neighbor as yourself. Which was the fulfillment of the law. O how I wish men and women of God in every denomination and Church could see the importance of Love. To recognize the Christ in each other. To see that the things that they get hung up on concerning one another is judgmental and that in that judgment they place a stone around their own necks. For in the manner that they judge another so shall they be judged.

Once upon a time, most Churches in America were segregated. The White Churches actually believed that they were superior and intellectually beyond that of the descendants of Africa. The Black Churches were considered less than the White ones. Thankfully, today there are not that many churches that believe these things. Some still do exist. I hope that God would reveal the Love of Christ to them.

Fast-forward, I am appreciative of the reconciling church movement. That there are many who wish to acknowledge and see that those beautiful souls that identify as LGBT are indeed just as loved by God as they are. I am grateful for the new dawn on the horizon and that there are now tremendous opportunities for people what once were the misfits of the Church. Those that had to hide who they were for fear of being assaulted in some cases both physically and mentally.

If we really think about it. All of us have been grafted into the vine. We begin to produce fruit after a while of tender loving care by the Saints of God. Who recognize a hunger in people to embrace the fullest potential of their spiritual paths. To embrace those that for so long were left damaged and hurting without much hope or peace. I am grateful for a Church that see’s and recognizes that they needed to take a stand. Then placed a banner on the side of their building in rainbow colors. All means All. Thank you for doing as Jesus had instructed. To obey the ultimate commandments. To Love God with all your heart, mind, and soul. Then you went beyond that and loved your neighbor as if they were you. In many ways, I feel like… I’ve come home.