Born Nicolas Herman, Brother Lawrence was born in France in the early Sixteen Hundreds. He was rather poor and saw joining the military as a means to get fed and paid. When he was Sixteen on the battlefield he had an epiphany. He saw a tree with no leaves on it and knew that new buds were going to come soon. He recognized God's ability to change anyone at that moment. It became a pivotal doctrine for him throughout his life.

During his time in the military which was called the Thirty Year War, He was injured. In the town he lived in german troops had decided he was a spy. But because of his courageous voice. They released him.

Soon after that, the Swedish would invade. Brother Lawrence was severely injured and suffered from permanent disability issues. It was a major force that pushed him deeper into the faith of his childhood.

He worked as a footman for the treasurer to the king for a while. When that service ended. He went into service to God with the Order of Discalced Carmelites. He would be a hermit for a time in seclusion. Seeking after the mysteries and hungering for a deeper relationship with God. He went into the order at Twenty-Six years of age. His religious name was Lawrence of the Resurrection.

He served as a cook for many years. At one point his feet became so painful he could barely stand. He had developed complications that made him terribly uncomfortable. The brothers of the order reassigned him as a sandal craftsman. To which he would earn the reputation as the humble sandal maker.

He had a tremendous peace in God. This attracted many to him even though he was not considered of high socialite status. Many would come to him seeking advice and wisdom. He would also end up in correspondence with many on spiritual matters. As a result, a couple of books had been compiled by fellow religious monks of his order. One book was called The Practice Of The Presence Of God, The other The Life Of Brother Lawrence.

His peers would say that he had forgotten himself and was willing to lose himself in the presence of God. What the true power for Brother Lawrence wasn’t so much his connection with God. But his ability to be self-governed through his love for others.

He would transition later on in the late Sixteen Hundred nineties in his Seventies. With very little fanfare, many were not even aware of his passing. But his writings live on and are a blessing to anyone who reads them.

One does not need to be about religious control or doctrine. One merely needs to be the fulfillment of love in all things. This creates a tremendous sense of inner peace and self-awareness.

This magnificent man seemed to know and understand the value of the metaphysical lesson of the Gospels. The message is so simple it gets lost often. Love one another in peace.

Toward the end of his life. His physicians had nursed him back to health. He let them know that he was frustrated and willing to transition to go and be with his God. He eventually did pass and was able to carry his peace with him into the spiritual realm.

Brother Lawrence had a terrible time when he was younger. He really did not believe that he was acceptable before God. He continuously belittled and berated himself. He had a lot of self-negative speech going on. The lesson in all of this is that God can meet anyone where they are and transform them into a place of peace within themselves. 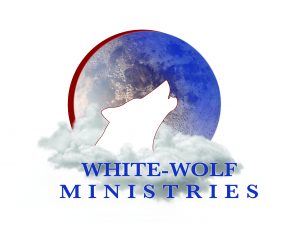